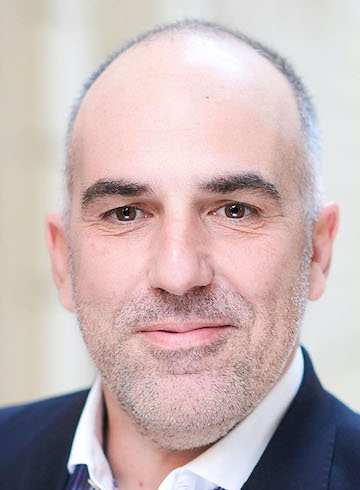 Dimitris is a Physicist with post-graduate studies in Astrophysics, in Athens University. His first job however, was with “Computer Software/Chip” a leading IT magazine throughout the 90’s. Combining a flair for communication and writing with the mindset of a scientist made him an ideal candidate for IBM Hellas’ Corporate Communication Department, where indeed he was hired in 1993. He served the “Big Blue” for 6 years rising to become its Manager of Communication and Head of the Press Office for Greece.

In 1999 he left for pastures further afield: he was chosen to set-up and head the new interactive marketing initiative at Bold Ogilvy, Ogilvy Interactive. Dimitris later, planned and implemented the merger of OgilvyInteractive and OgilvyOne and became the Managing Director of OgilvyOne, from 2002 t0 2005.

In 2005 he left the Ogilvy Group for Communication Effect, the Edelman affiliate in Greece, where he served as Execurive Vice President, responsible for business development and restructuring.

Three years later, it was time to join OUT OF THE BOX PR agency, becoming a Managing Partner and bringing his corporate, political & digital expertise to the table. OUT OF THE BOX covers the full spectrum of Public Relations services in the fields of Corporate PR, Consumer Brand PR and Issues/Crisis Management, both in terms of strategic planning and PR programmes implementation.

Dimitris serves, as Secretary General, on the board of EDEE (Hellenic Association of Advertising and Communication Agencies) and represents Greece at ICCO (International Communication Consultancies Organization).