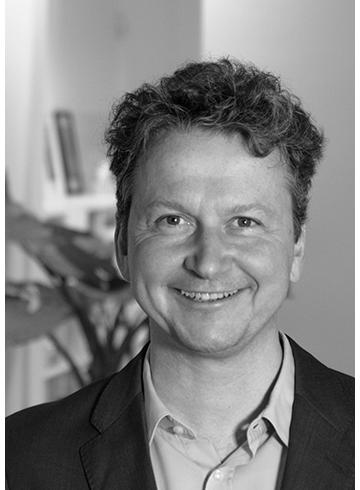 Wolfgang Zeglovits is CEO of datenwerk, one of the most influential digital agencies in Austria. Starting in 2006, he led the transformation of datenwerk from the in-house division of a computer systems corporation to an independent social media campaigning and web development enterprise.

Wolfgang, a media psychologist and digital anthropologist by training, is firmly convinced that we can make the internet a place for human progress and cooperation. It is his mission to develop innovative strategies and methods to enable digital communication and social media use at eye level. He shares his knowledge via consulting, training, and coaching for companies, organizations and individuals at all levels.

He started his career as a consultant for digital marketing research and usability testing. In 2002, he co-created the 'Smart Space', a foresight institute for the mobile industry, for a mobile phone operator. In addition, he was Digital Director and group leader in a number of political campaigns. Since 2000, Wolfgang has regularly taught at the University of Vienna at the Department of Communication as an external lecturer. A significant number of keynotes, lectures, articles and book chapters followed for a variety of institutions and organizations.

In his academic pursuits, Wolfgang is interested in the intersection of social life, technology and economy, and he was one of the pioneers in digital anthropology in Austria. He obtained his academic education from institutions such as the University of Vienna, the London School of Economics and Political Science, the Johann-Wolfgang-Goethe University of Francfort, and the Université Paul-Valéry of Montpellier. He holds a Masters degree (Magister) from the University of Vienna in Psychology and an MSc in New Media, Information and Society from the London School of Economics and Political Science. What is more, Wolfgang is a Certified Data Protection Officer by Austrian Standards, trained in negotiating after the Harvard Negotiating Project, and participated in ‘Design Thinking Workshops’ at the d-school at Stanford University.

Wolfgang lives in Vienna, together with his wife Barbara and their two sons. He enjoys snowboarding in the winter, and mountain biking as well as beach-volleyball in the warmer seasons of the year. Wolfgang speaks and writes in German, English and French.